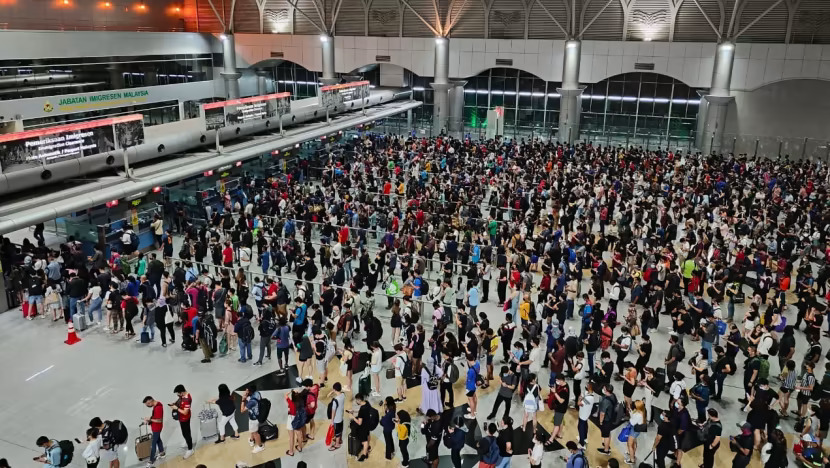 Mr Saifuddin Nasution Ismail said that the move would benefit between 30,000 and 50,000 Singaporeans who visit Johor Bahru for social purposes.

“Previously, e-gates were only limited to Malaysian passport holders. But from today, we have decided to open this access to Singaporeans who use e-passports,” he said, adding that 20 more e-gates would be opened at the Causeway checkpoint, on top of the existing 20 gantries placed at the entry and exit routes.

On Monday, Singapore’s Immigration and Checkpoints Authority (ICA) said that continuous heavy traffic through the Woodlands and Tuas Checkpoints is expected over the upcoming Chinese New Year holidays. Tailbacks are also expected from Malaysia.

In October last year, crowds of Causeway bus travellers from Singapore were seen at Malaysia’s immigration building in Johor Bahru ahead of the Deepavali long weekend.

Videos shared on the Facebook page Malaysia-Singapore Border Crossers showed a crush of commuters jostling for space at the bus platform, where shouts were heard as people pushed forward to walk up the escalator and staircase into the arrival immigration hall.

ICA said traffic flow through the land checkpoints has returned to pre-COVID levels during peak hours.

“During the year-end holiday season in 2022, more than one million travellers passed through both land checkpoints, with about 361,000 crossing daily.”

The authority added that during the peak of the Chinese New Year period in 2019, the average waiting time for travellers departing or arriving by car via the land checkpoints was about three hours. — CNA