Kazakhstan and the Standards of the “New Republic” 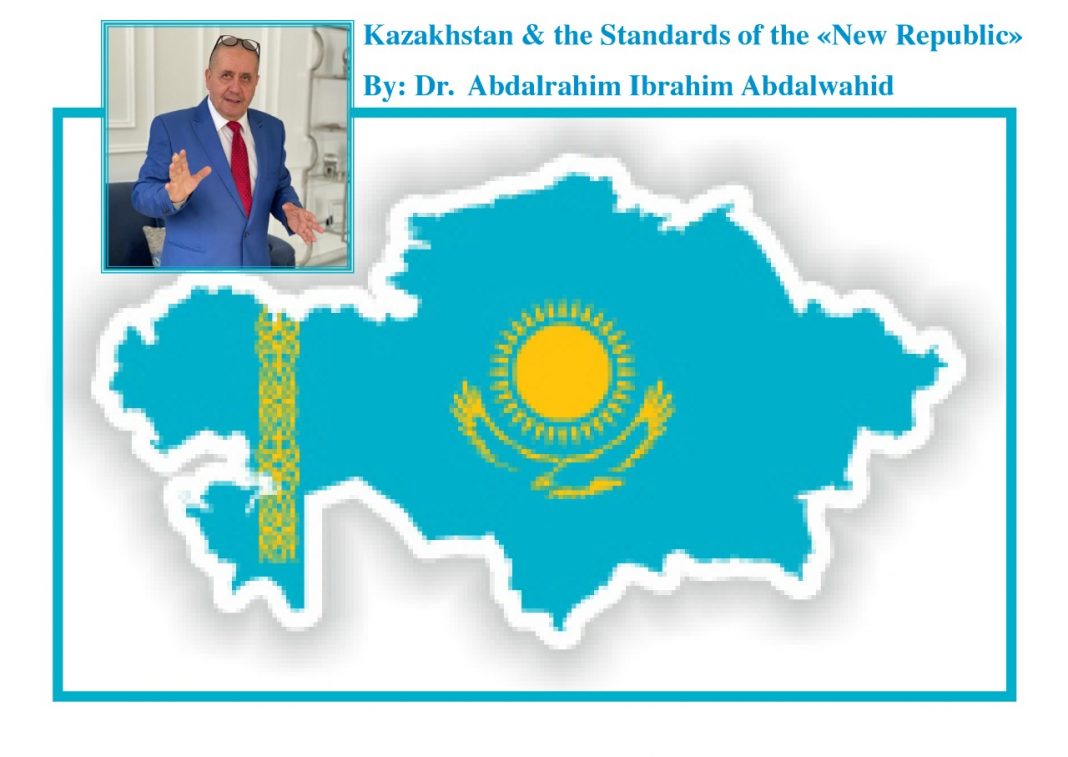 The Republic of Kazakhstan is living these days in a new phase entitled constitutional, political, economic and legal reforms, ending the monopoly of power, the emergence of a “New Republic”, enjoying more democracy and equality, redistribution of powers from the president to parliament, the establishment of the Constitutional Court as of January 2023, and the facilitation of party registration procedures. political, increasing citizen participation in the governance of the state, protecting human rights, distributing power, promoting the rule of law and equal opportunities for every citizen.

The current year, 2022, is considered the most important and exciting event and repercussion in the modern history of Kazakhstan, starting with the tragic coup attempt represented by the failure last January, which prompts us to say that political and economic reforms and defining future prospects are a basic and realistic requirement, in order to create a new political system While observers of the Kazakh political affairs confirm this, they see that the implementation of reforms came in reality after the election of President Kassym-Jomart Tokayev in June 2019, as he advocated and insisted on achieving more openness and improving the conditions necessary to attract business and foreign investors to participate in various economic and cultural sectors. and educational.

On the one hand, we believe that the recent popular approval of the constitutional amendments through 55 amendments in 33 articles, and the re-election of Tokayev, will strengthen the system of checks and balances, fight corruption, nepotism, and monopolize politics and the economy, the most important of which is reducing the presidential term from two five-year terms to one term. Seven years without the possibility of re-election, which will contribute to stopping the monopoly of power and strengthening the basic principles of democracy. This is certainly a popular and patriotic demand, and at the same time it will strengthen President Tokayev’s position during the next seven years and support his democratic path.

The popular referendum that took place on June 5 also contributed to huge amendments to the constitution to reset the powers of state institutions, and it was also followed by the amendment of about 33 legal articles that transformed the country from a strong presidential system to a parliamentary democratic presidential rule, all of which strengthened the position of President Tokayev before and after his election Again, in the sense that he was able to gain the confidence of the Kazakh people and increase the scope of hope in his achievements that serve the causes of the people and the new Republic of Kazakhstan.

The re-election of President Tokayev a few days ago, on November 20, is the seventh since Kazakhstan’s independence 30 years ago, to reinforce the presence of a new government of technocrats, and at the same time the hopes and aspirations of the Kazakh people are rising and the actual realization of the promised comprehensive life reforms is approaching.

This means that Tokayev’s re-election, with his political and economic program, set a new path, most notably reducing the powers of the head of state, expanding the role of parliament and local representative bodies relatively, withdrawing exclusive exemptions, defining sufficient space for political competition, expanding the political space for parties, improving electoral legislation and strengthening the role of society in decision making.

And by virtue of our follow-up to the policy of President Tokayev since assuming the presidency in the year 2019, we believe that the steps he is currently taking internally and externally and in all fields will contribute to correcting the political course and regulating the financial and economic matters that prevailed before these reforms, especially after the amended constitution prohibited the president Become a member of any political party while in office, and limit its powers to revoke in whole or in part the power of a county governor, sheriff, or deputy district commissioner who fails to fulfil his electoral promises.

The re-election of Tokayev as President of Kazakhstan was previously reinforced by a historic event represented in a national referendum proposed by Tokayev by introducing new amendments and additions to the Constitution that achieve social and economic justice, democracy, transparency and foreign relations with the countries of the world and international organizations.

We firmly believe that the implementation of constitutional reforms during the next stage will contribute to strengthening human rights institutions in Kazakhstan, building a just state that respects the law, protecting the constitutional rights of citizens, as well as improving the competitiveness of the media, strengthening the role of civil society institutions, improving the regional administrative structure, and implementing the principle of decentralization. authority, eliminating bureaucracy in state apparatus, ensuring constitutional rights for every citizen, creating a new political culture based on mutual respect and trust between the state and society, making important decisions publicly and with the participation of citizens themselves, and ensuring the final transition from a presidential form of government to another influential parliamentary presidential and government accountable.

With the implementation of the constitutional reforms agreed upon by the people and officially in a clear and consistent manner, the state has begun to transition to a new form of political structure, and fundamental changes have emerged in the economy, politics, and even in the comprehensive strategy of the new republic, as this is evident in improving the welfare of citizens, and simplifying the process of registering parties. Presidents and judges of the Constitutional Court, the Supreme Court and other courts, chairmen and members of the Central Election Commission, the Audit Commission of Parliament, military personnel, employees of national security agencies and law enforcement agencies from being members of political organizations, parties or trade unions or from voting for Any political party. We firmly believe that the correct implementation of these amendments will form a correct balance between the various branches of power and establish an effective dialogue between the government and the people.

From our side, we see that the hopes for the success of the new republic are strengthened and achieved through the real and effective implementation of constitutional reforms and the non-concentration of the president’s powers but rather the redistribution of them to other institutions, the eventual transition from the supreme presidential model to the presidential republic, the redistribution of many powers, and the strengthening of the role and status Parliament, expanding the participation of the population in governing the country, strengthening constitutional mechanisms to protect the rights of citizens, preventing members of the immediate family of the president from assuming political and leadership positions in the public sector, and adopting that the land and its subsoil belong to the people of Kazakhstan.